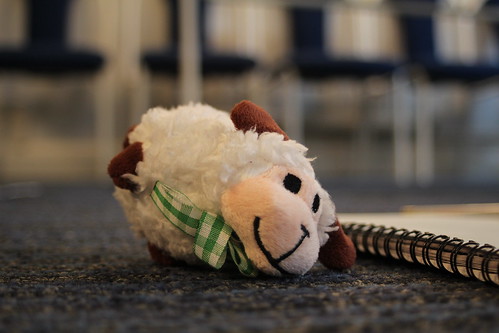 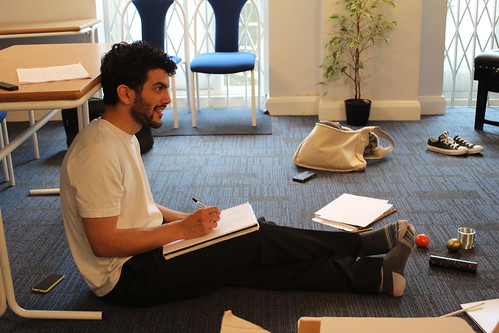 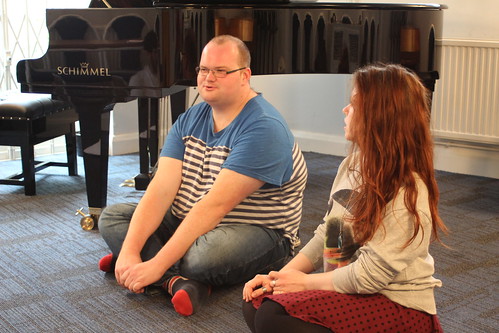 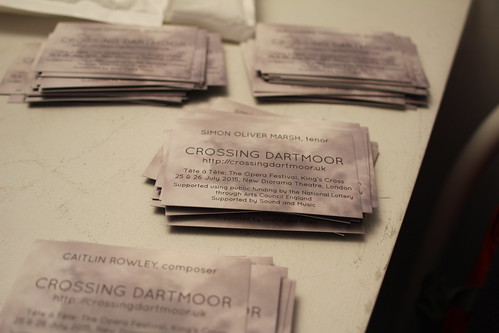 So now we’re finally into rehearsals for our Tête à Tête performances and everything’s in full swing and terribly terribly exciting! For this show, we’re working on the three existing notated songs, plus three text scores. In this first rehearsal we were principally looking at the paired songs, ‘1979’ and ‘2010’, and did some drawing-media tests for the new text score, ‘Drawing Out’, attaching the contact mic to a borrowed bass amp, and worked through some cuts to the folksong used in ‘Windsong’. It was a lovely hot day to be out in Greenwich… but we were inside in Greenwich, so shoes off and some moments of larking about seemed called for alongside the solid work :-) 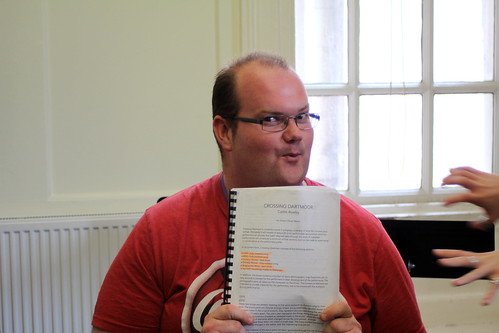 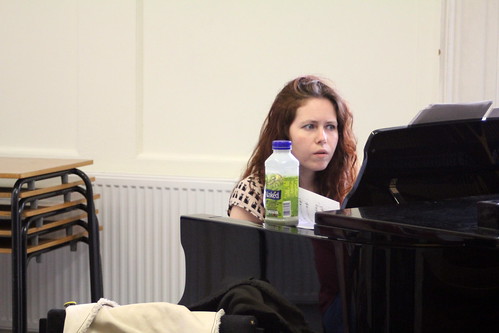 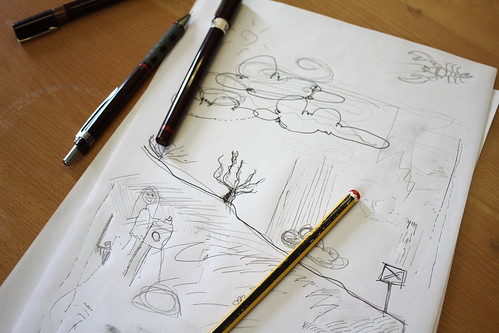 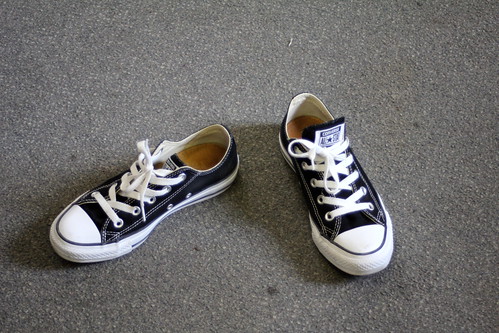 Next up we’ve got a production meeting on Sunday with our director, Omar Shahryar, at which we’re planning to pin down the order of pieces for the show. Crossing Dartmoor is designed to have a flexible structure, allowing performers to create their own version of the piece, in much the same way as a rambler would choose their path across the moor. There are only a small number of notated pieces at the moment – the cycle is still a work in progress – so the actual pieces we’re doing are pretty set, but we still need to pin down the order, which field recordings and videos to use, and how to put it all together, as well as nutting out a theatrical approach to presenting it.